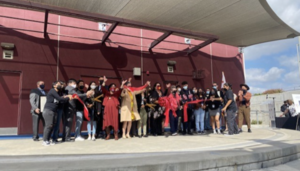 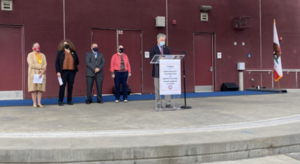 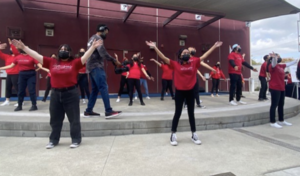 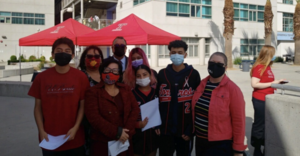 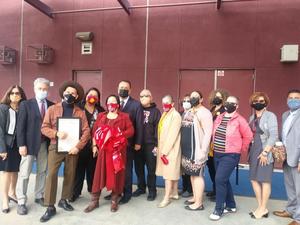 Los Angeles Unified Celebrates Customized Amphitheater Shade Structure and 11th Anniversary of Esteban E. Torres Ribbon Pilot Schools
Dear Friends,
Today, we celebrated the completion of the amphitheater shade structure at Esteban E. Torres Pilot Schools and the school’s 11th anniversary. Construction for the four customized shade structures and upgrades to the amphitheater facilities began in April of 2020 and is a $955,000 investment for the Eastside, and the five pilot schools that make up the campus: Torres East LA Performing Arts Magnet, Social Justice Leadership Academy Magnet, East LA Renaissance Academy, Humanitas Academy of Art & Technology and Torres STEM Academy. Named after Congressman Esteban E. Torres, who served as a member of the United States House of Representatives from 1984-1998 and was built to relieve overcrowding at James A. Garfield Senior High School, this campus is a beacon of talent and success for students in the community. With over 1,800 students enrolled at Esteban E. Torres Pilot Schools, this infrastructural investment has yielded positive outcomes, including a 95% graduation rate across all schools. Today’s student performances were the first to have a live audience in 18 months.
Today was a special celebration of the innovation and investment of five pilot schools that brought change and teacher-led academies to the Eastside. We honor those students who walked out of schools demanding more in 1968, we honor the pioneer students and staff that founded this great campus 11 years ago and we affirm the movement toward 100% graduation. Adelante! Go Toros!
In the spirit of hope,
Mónica García
Print